Who would have thought that burs from a Burdock plant could spark a new idea for an innovation that is still used worldwide today? Putting a Burdock plant under a microscope to figure out how the tiny hooks on the burs attached by themselves is exactly what George de Mestral was fascinated by. He then imitated the burs’ structure to generate a synthetic fastening system. De Mestral was the first person to invent the separable fastening device that was filed as a patent for something to be attached together with a strong bond. Or, as we know it today: Velcro.

George de Mestral was a Swiss engineer whose idea for Velcro all started when he was on a hunting trip in 1941. While on the hunting trip, his pants and his dog’s fur became coated in burs from a Burdock plant. Instead of just trying to remove the burs, he wanted to learn how they attached and studied them under a microscope.

Underneath the microscope, de Mestral saw “thousands of tiny hooks that efficiently bound themselves to nearly any fabric (or dog hair) that passed by.”[i] He came to understand that he could generate a synthetic form of this specific method, which would be an innovative way to secure things together. His idea was to combine hooks similar to those in the burs with loops of fabric. The hooks would latch onto the loops, creating something that would connect and attach together but also be removable, a possible substitute for other connectors such as buttons or zippers.

While realizing that the tiny hooks in the burs were a complex concept to understand, de Mestral took a tour in Europe of fabric manufacturing plants. The loops of fabric were simple to produce, but the tiny hooks were more challenging. The hooks “needed to be both flexible enough to separate from the loops when pressure was applied, yet firm enough to keep things together otherwise.”[i]

Fortunately, there was a manufacturer in Lyon, France that was merging strong nylon with cotton. De Mestral used a velvet-type material to put the hooks in by hand, applied heat to keep them firm, and then connected it with a piece of cloth that had tiny loops. He found that the loop side needed far more loops per area than the hook side, so that the greatest possible number of hooks would engage. After creating this separable fastening device, he received a patent in 1961, along with creating a new company he named the International Velcro Company. 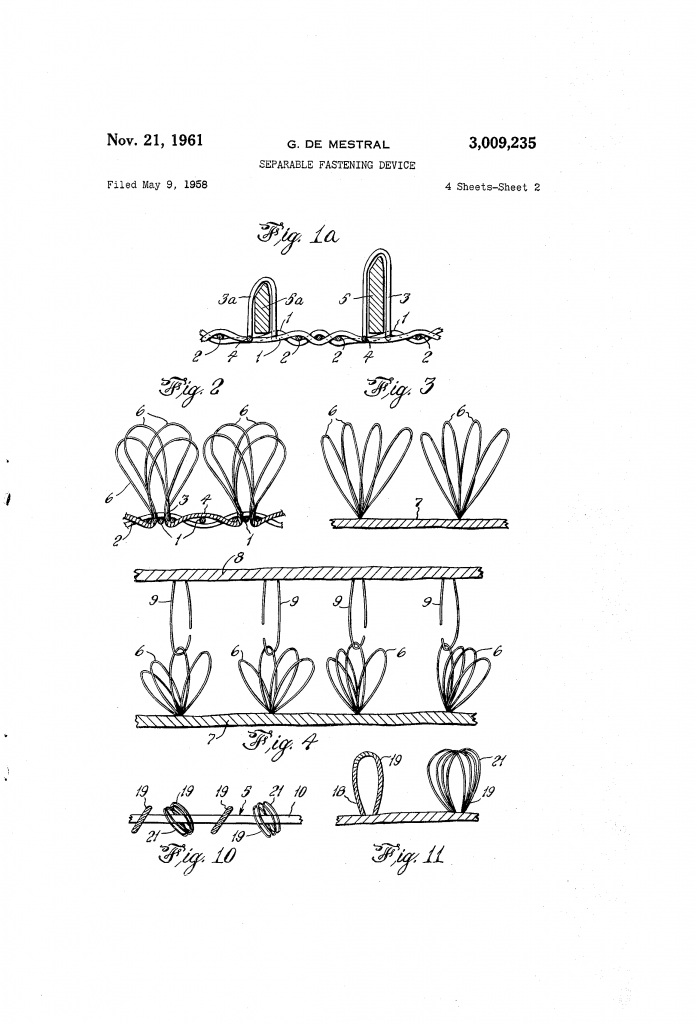 George De Mestral’s innovation was not popular at first because people had no idea what it was to be used for or even how it was to be used. Eventually, however, the National Aeronautics and Space Administration came into play. The agency needed a way to stop objects from floating around while in zero gravity and found that Velcro was the solution. Because of NASA, Velcro officially started becoming more successful. His creation started showing up especially in the clothing and fashion industry.

De Mestral, however, was an inventor at heart and sold the rights to his separable fastening device to the Velcro Company, so that he could spend the rest of his life working on other inventions. He passed away in 1990 but will forever be recognized as the one who first created the separable fastener device we know as Velcro. And even though the innovative patent terminated in 1978, Velcro is still a trademarked term.