Gun safety in our nation, and especially around our children, has become a hot topic to discuss – not only in the media and in news outlets, but in the classroom and in technological labs. Thanks to a patented technology by Dr. Michael Recce, you can put down your gun at home with the peace of mind knowing your 10-year-old won’t be able to shoot it.

Recce’s 2004 patent, “Unauthorized User Prevention Device and Method”, does exactly that. By adding pressure sensitive sensors in the handle of the gun, unauthorized users will not be able to discharge the weapon without matching the same amount of pressure exhibited by the authorized user. When a user purchases one of these guns, he or she must first register or “save” the owner’s pressure profile into the sensor on the gun. When it comes time to shoot the gun, only the same pressure matching the profile saved will unlock the firearm allowing the weapon to discharge. Visualize this technology as a high tech bike lock. When you lock your bike, only the person knowing the code to the lock will be able to unlock the bike and ride away with it. In Recce’s technology, the code to unlock the firearm is not numbers or letters, but the biometric pressure profile of each individual person. 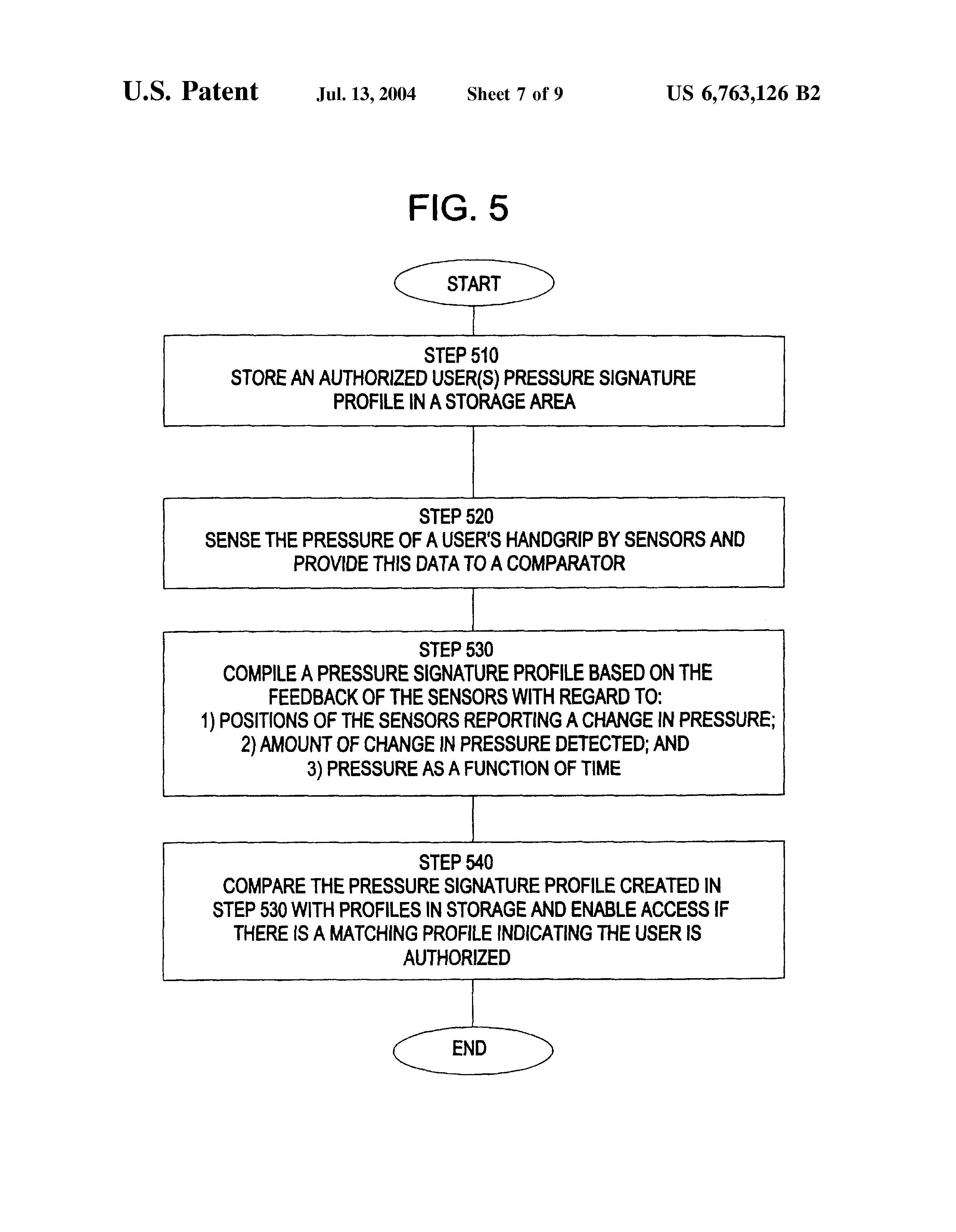 Recce’s invention didn’t gain much traction in a commercial perspective. That being said, it did give the idea of adding pressure sensors to other useful technologies such as cars, trains and airplanes. (He received a patent for use of this technology on airplanes in 2006, US7155034 B1). In most trains today, the lever used to control the accelerator, commonly referred to as a “dead man’s switch” is operated with an ideology that is similar to Recce’s pressure sensor. Once the conductor releases his hand of the accelerator, and essentially releasing the pressure from the switch, the train forces itself to apply the break. Recce applied for a similar patent to this specific one that will allow his technology to be implemented on commercial passenger airplanes (granted in 2006: US7155034, “Authorized Personnel Biometric Detection System Preventing Unauthorized Use Of Aircraft And Other Potentially Dangerous Instruments”). Similar to the handgun, once an unauthorized user gets control of the airplane, the aircraft will contact ground control and the unauthorized user will not be able to control the airplane.

This technology can be incredibly useful. It ensures the safety of children and other individuals who are unauthorized to handle your gun. Imagine a struggle with a police officer and a criminal where the criminal overpowers the officer and is able to take his gun. This technology will make it impossible for that criminal to be able to discharge the weapon – effectively saving multiple lives. 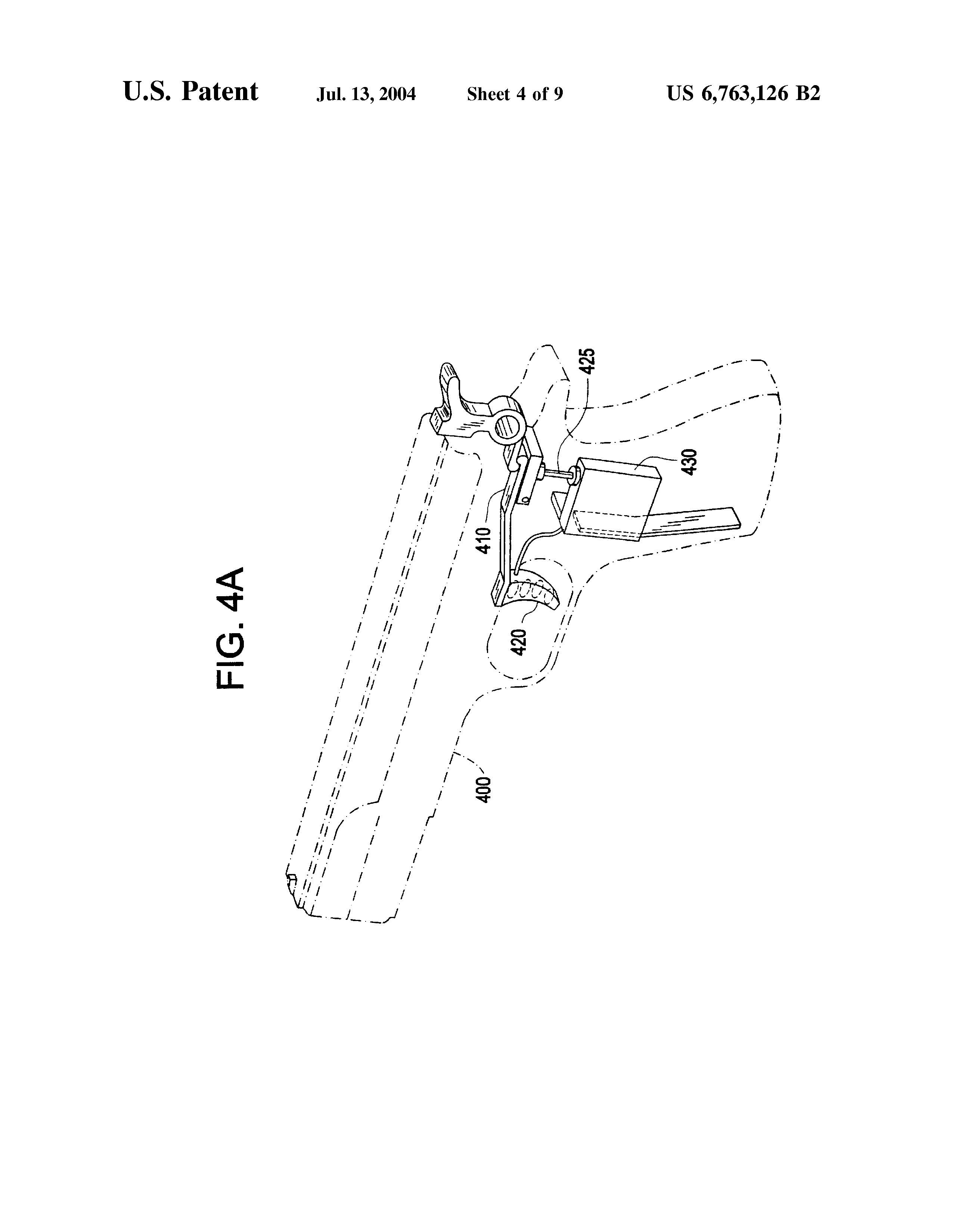 This technology does, however, have its flaws. As previously mentioned, the sensor operates with the pressure exerted on it by a user. There can be multiple scenarios where the authorized user of the handgun exerts too much pressure, or maybe even not enough pressure, and not have the handgun discharge. This fault can be a matter of life or death in many scenarios. People fear that there really is no way of being 100% certain that the gun will discharge when you absolutely need it to. In some cases, the authorized user might be nervous or scared and grip the gun extra tight and cause the sensor to not pick up the correct amount of pressure needed to unlock it.

Without any state supporting the development and implementation of these “smart” guns, it is up to the user to make the conscious decision to opt for a “smart” gun. However, even that is easier said than done. At present, these “smart” guns remain unavailable in gun stores and face vocal criticism from the NRA. These are among some of the issues which have contributed to the lack of commercial success for Recce’s patent. With further development funding, however, NJIT’s Senior Vice President for Research and Development, Donald Sebastian, argues that Recce’s gun could be available for market within two years.[i]