We have all seen images of bodies of water contaminated with an oil spill. Cleaning these spills is of the utmost importance as this contamination harms the welfare of the general public. Many different types of harmful contaminants can be leaked into the ground water, the bay, or even farming soil, and this can in turn affect public health. Removing the contaminants from the impacted body can be a very tricky process that raises many secondary questions – such as the proper method of removing the containments and who should be responsible for the cleanup. Thanks to the patented technology of Deran Hanesian, Angelo Perna, John Schuring, and Hugo Fernandez from the New Jersey Institute of Technology, there is a method of removing contamination from a polluted body without hard physical labor.

“Apparatus and method for in situ removal of contaminants using sonic energy”—granted to Deran Hanesian and Angelo Perna, professors out of the Chemical, Biological and Pharmaceutical Engineering department, to John Schuring, professor out of the Civil Engineering department, and to Hugo Fernandez, a graduate of the Chemical and Environmental Science department—tackles the environmental concern raised by contaminated substances leaking into the environment. This technology uses sound wave vibrational energy to remove pollution from the targeted body by separating the contamination from the specific material of the sample. 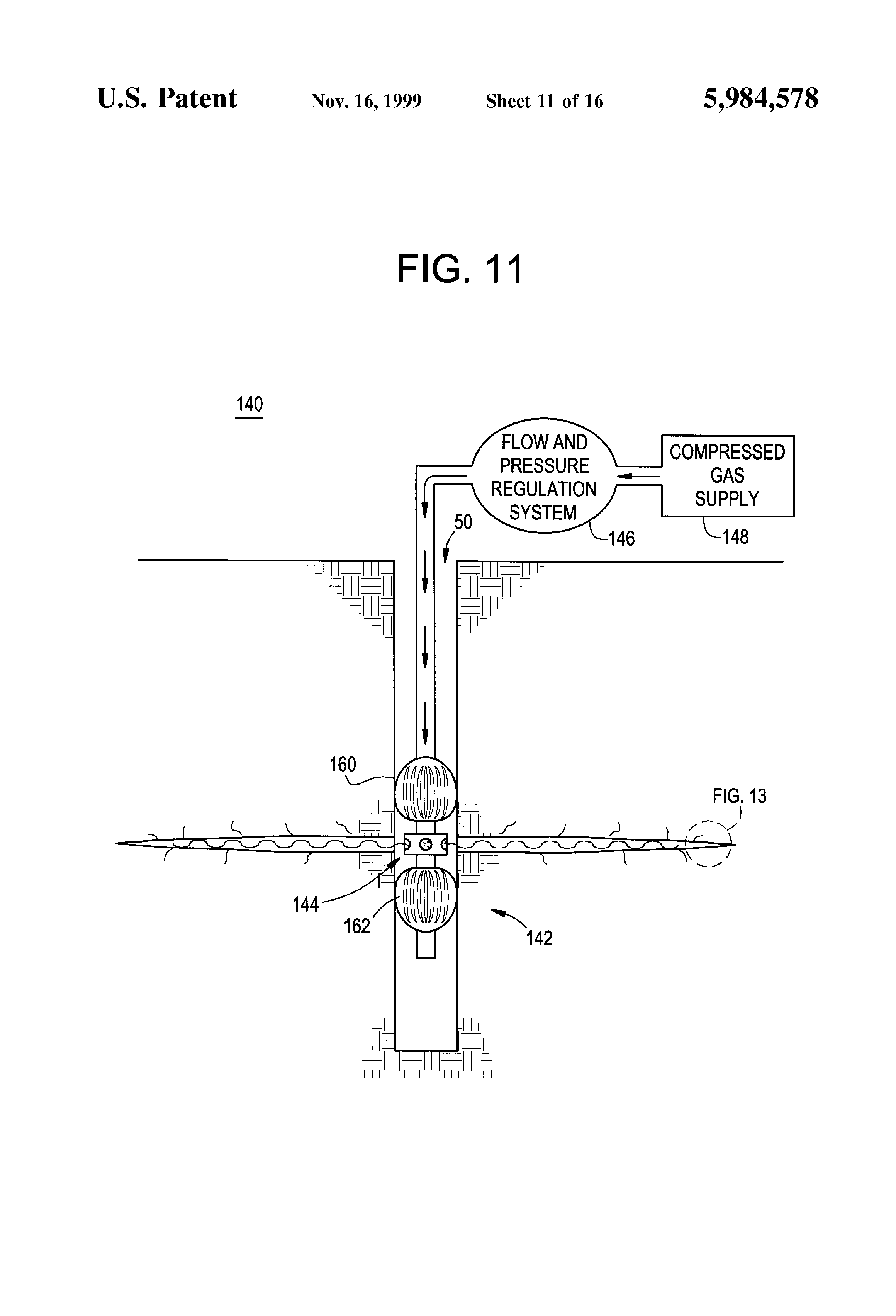 Filed in 1997, this process went on to aid in the removal of contamination from bodies of water or even sedimentary soil that were left contaminated by various oil spills and various chemical plants closing down. As seen in Fig. 11, the compressed gas supply flows through a pressure regulation system. This system is responsible for distributing the pressured gas down a tunnel to a distributer. This distributer then pushes the gas into the surrounding contaminated ground creating a separated bubble, as illustrated in the circled portion labeled Fig. 13 in Fig. 11. The creation of the bubble allows for the extraction of the contamination from that part of the soil. This process can be replicated over several different parts of a contaminated field until the entire contaminated field is cleaned.

[i] Adam Rome, The Genius of Earth Day: How a 1970 Teach-In Unexpectedly Made the First Green Generation (New York: Hill and Wang, 2013).