John R. Schuring, Thomas M. Boland, and Trevor C. King were issued a patent that allowed for the treatment of subsurface soil from contaminants. “Treating non-naturally occurring subsurface soil contaminants with pneumatic injection of dry media” was granted to the inventors out of the New Jersey Institute of Technology in January of 2000. This patented technology, awarded to Professor Schuring and his fellow researchers in the Civil and Environmental Engineering department of the University, deals with the removal of contamination from bodies of soil structure in instances where the contamination is inaccessible, or in other words, not located on the surface of the contaminated soil. Although this patent takes environmental concerns as its center – inherited from the department that the inventors were associated with and their personal background in the field – the technology can be implemented to be used in further aspects of day-to-day life such as the installation of underground wires, tunnels, or pipelines.

It is important to note the context of this patent. Filed in the late 1990s in a time when environmentalism was in full force and cleaning the environment was prevalent in the university setting. This is evident by other environmentally friendly patents granted to the same university in the same time period as this particular one. Filed in February of 1996, this patent called for the ability to create a separation space in between certain layers of subsurface ground. This was done by fracturing the soil pneumatically, or with the use of gas or compressed air. (As seen in Fig. 1) The compressed air would be something like a “bubble”. This bubble would allow for the space in between the layers of the soil to be worked on wither it be the application of wires and tubes or the clean-up process of the soil. 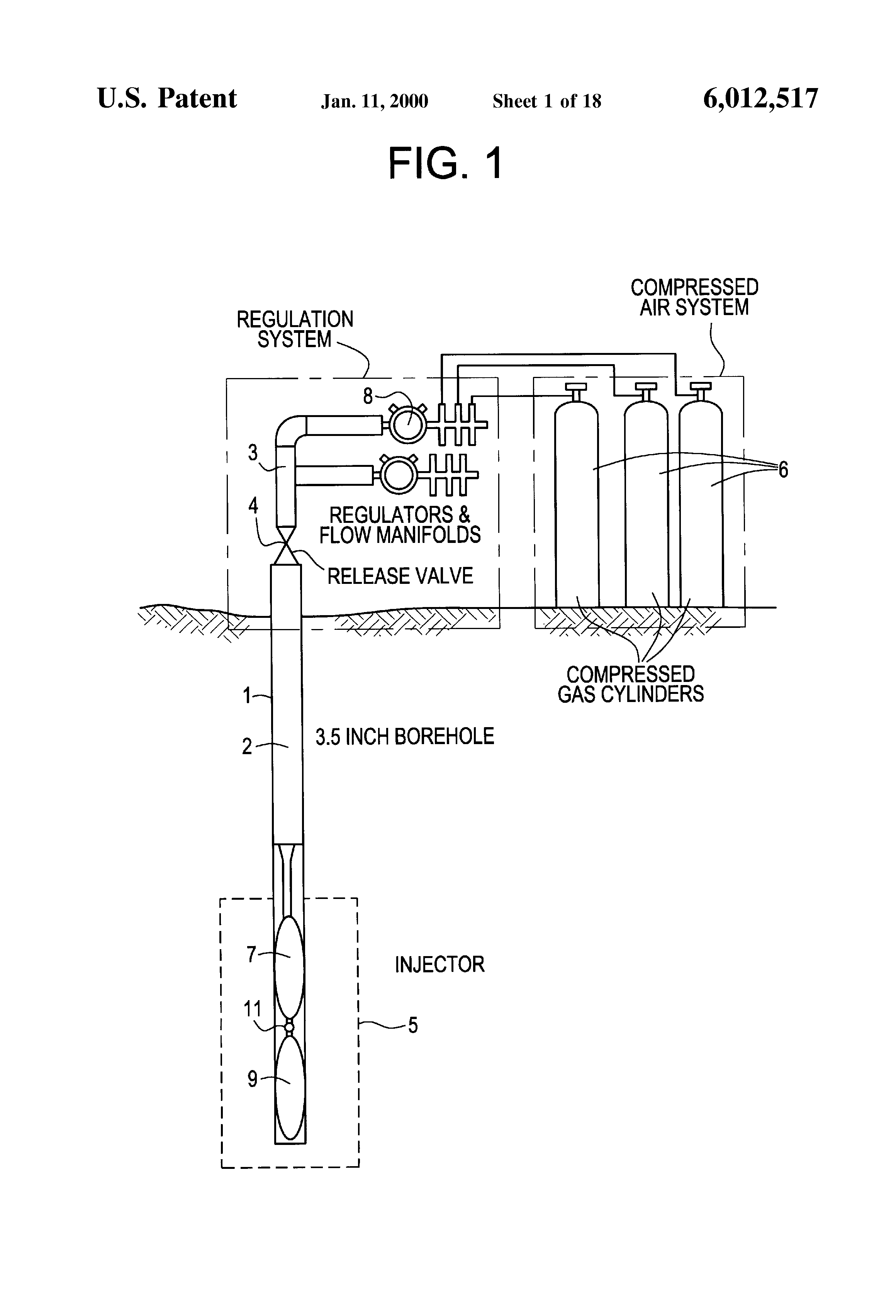 Moreover, this bubble can be used to create space to allow agriculture enthusiasts to inject the soil with fertilizer or other chemical agents for the purpose of managing the plant life. Not only can this patented technology aid in the nutrient value of the plants, but it can also be used to remove weeds from large acres of crop fields. By removing the weeds from the root upwards, the weed plant can be eradicated completely from the field allowing the crop to grow undisturbed and successful. This eradication of weeds and hurtful plants can aid in the growing of crops and in the proper management of recreational parks, forests, golf courses, soccer and football fields and any large estates and resorts where greenery is essential to its service.

Away from recreational utilities for this patent, the environmental impact which this patent was centered was to be instrumental in the cleanup processes spread around the nation. Although it took three years for this patent to be granted by the United States Patent and Trademark Office, after it was filed, the science behind it—Pneumatic Fracturing—has inspired numerous other patents and commercial environmental clean-up efforts.[i] Schuring, himself, holds five patents related to this technology.

One year after this patent was awarded (and  it just so happens that it was one year after this patent was filed), Westinghouse Savannah River Company was awarded a patent that had the same thought process of cleaning up pockets of soil not easily accessible. (US patent #6280625B1) Later on, other patents cite this particular patent in its method of injecting a hidden pocket of soil – most notably patents by James Imbrie that deal with a “Method of Remediating a Contaminated Site” (US patent #7585132B2) and patents by the Baker Hughes Inc. that deal with a method to pump optical fiber underground. (US patent #7570858B2) This is one example of how this patent can be appreciated; by noting that this patent does not stand alone in the technology related environmental cleanup field but rather that it gave birth to other innovations.