In the early 1950s, Jack and Eileen Feather opened a chain of gyms in California and Nevada targeting women who hoped to lose weight. The couple called the gyms “Eileen Feather Reducing Salons,” they branded Eileen herself as the “nation’s leading figure authority,” and their advertisements promised women they could achieve “Figure Perfection” in just thirty days.[i]  As the Feathers told it, when clients who were losing weight began to complain that they were also losing inches from their bustlines, Jack designed a bust enlarging exercise device. He named the device after novelist Jack London’s fictional character, Martin Eden, a self-taught writer striving for fame and recognition.[ii]

Thus began the Mark Eden bust developer, an odd-looking pink exercise device comprised of two hinged, clam-shaped hand grips kept apart by a high-tension spring. The device itself was less memorable than the advertisements, which appeared in mainstream women’s magazines, and featured large breasted white women in revealing clothing. The first advertisement for the Mark Eden bust developer appeared in March 1965 and offered women the possibility to “develop and beautify [their] bustline to its maximum degree or fullness ”in the privacy of their own homes. 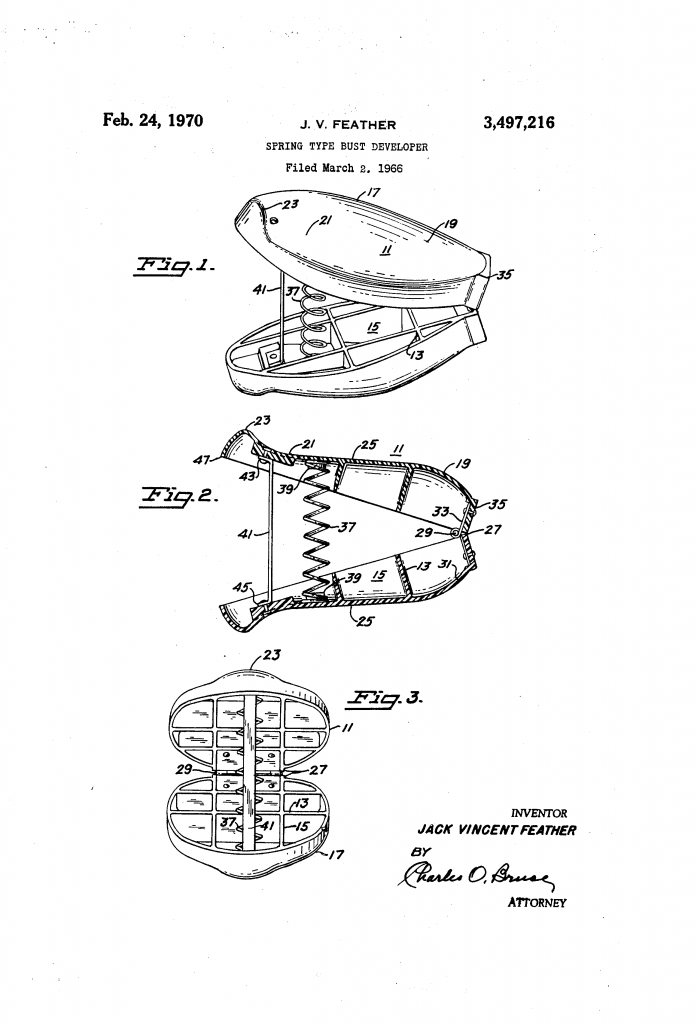 Women who sent $9.95 to the Feathers received the pink clamshell exerciser and a booklet illustrated with pictures of the curvaceous model June Wilkinson, who was by then famous for her numerous Playboy spreads.

In the midst of this battle, in 1966, Jack Feather applied for a patent for his exercise device, which was granted on February 24, 1970. The patent application described the equipment as “a new and novel exerciser for developing the female bust.” According to the application, this breast developer was an improvement over existing hand-operated exercisers because of its small size, light weight, and easy-to-grip shape which made it safer for women to use. Other hand-held exercise devices, he claimed, could easily fly out of women’s hands, leaving them “seriously bruised and injured,” and even exposing them to “the danger of breast cancer.”[iv]

Despite receiving a patent from the U.S. Patent Office, the Post Office held a total of three mail fraud hearings against the Mark Eden Corporation. The Post Office’s experts argued that strengthening a woman’s pectoral muscles could not change the actual size of her breasts. Meanwhile, the Feathers’ attorneys and expert witnesses denied this claim. Jack Feather himself stated that, “the development of the pectoral muscle has a profound effect on the appearance of the entire bustline. The breasts are lifted, firmed, the skin is toned, the whole bustline takes on a more rounded, lifted, youthful shapely appearance.”[v]

In 1966, while Jack Feather’s patent was still pending, the Post Office’s Judicial Officer deemed the Mark Eden ads fraudulent. In response, the Feathers sued and received a temporary restraining order preventing the Post Office from interfering with its mail. But in 1967, yet again, the Post Office began another proceeding against them. As the Feathers’ battle with the Post Office continued, other government agencies attempted to shut their corporation down.

The Food & Drug Administration, the Federal Trade Commission and various state agencies all investigated the Mark Eden manufacturers for fraud and false advertising. Each time a government agency tried to shut them down, though, the Feathers used the courts to mount a successful defense.

Finally, in 1982, a federal grand jury in San Francisco indicted the Feathers on mail-fraud charges, but the Feathers settled the suit out of court without admitting guilt. Under the agreement, the Post Office dropped the criminal proceedings, and Jack and Eileen Feather agreed to stop manufacturing and selling the Mark Eden Bust Developer, as well as various other products including the Mark II Bust Developer, the Astro Trimmer, the Sauna Belt Waistline Reducer, Vacu-Pants, Trim Jeans, and Dream Wrap. The Feathers agreed to pay the Post Office 1.1 million dollars and the government dismissed the indictment. By then, the Mark Eden breast developer had been in circulation nearly twenty years, and the Feathers had built a small fortune exploiting women’s dissatisfaction with their bodies. 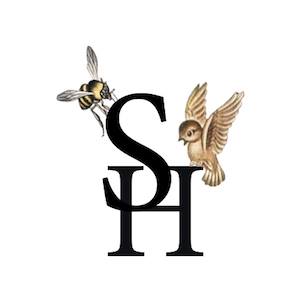 You can learn more about the Mark Eden system and its reception at Sexing History, a podcast about how the history of sexuality shapes our present.